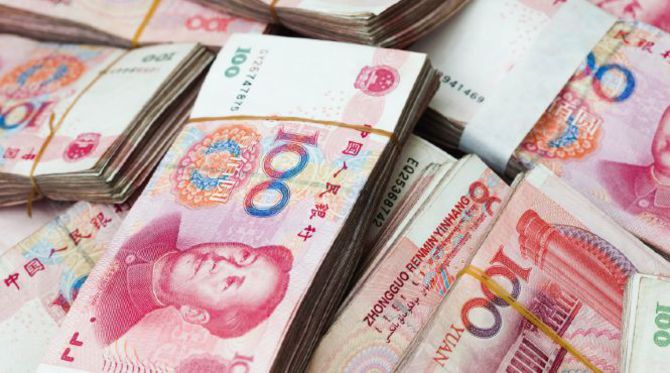 It is all started when China had released its exports numbers on August, 7th.

Chinese exports were tumbled by 8.3% in July and China was registering its worst export decline in the last four months.

Most importantly, the market was not expecting these figures to be that bad!

Along with the release of the figures, Chinese central bank (People’s Bank of China) published a report warning of further economic weakness.

The following week, People’s Bank of China shocked the market by changing the way the yuan’s trading band is calculated. This led to 1.9% depreciation in the first day (August, 11th).

When yuan opened down a further 1.6% on Wednesday (August, 12th) and then rose 1% at the end of the same day trading. Another fall in the following day’s opening was quickly intervened by People’s Bank of China. (August, 13th)

The week between August, 10th and August, 17th, the global markets had shaken up substantially all across the board.

European equity markets were almost down 5%, commodities had fallen through the roof and volatility picked up dramatically. 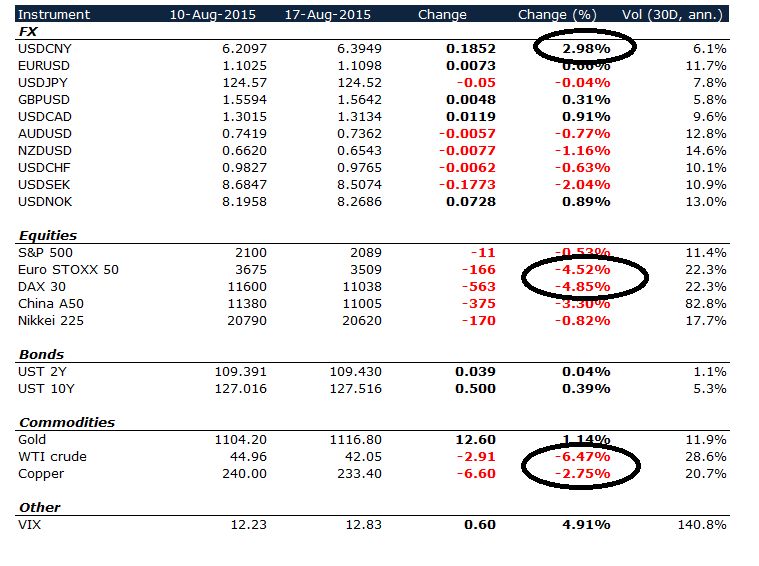 History repeats itself?: On 1 January 1994, China announced a reformed system of foreign exchange and devalued yuan to 8.7 to the dollar. This move had happened after a series of six devaluations over ten years and by 1993, the yuan was trading 5.32 to the dollar.

As a result of this action, U.S labelled China as a “currency manipulator.”

So Why China is doing this again?

The real question to ask is whether China would allow depreciation of their currency if its GDP growth would not falter and export growth was in place.

What shall we expect going forward?

I expect a lot more of volatility ahead for all markets for the rest of the year.

According to the Economist, the devaluation only undid the previous ten days’ worth of appreciation in trade-weighted terms. The yuan remains more than 10% stronger against the currencies of China’s trading partners than it was a year ago.

It is very likely that we will see a continuation of gradual depreciation of yuan which is unlikely to help the slowing Chinese GDP and its exports.

The spill over effect has already felt quite substantially on commodity prices along with commodity export oriented economies such as Australia and Indonesia. This pressure is very likely to remain for the rest of the year.

As many economists call it as a “currency war”, we will continue to see “at all time lows or highs” in many pairs.

Finally, I believe yuan will be added to basket of SDR in a relatively short period of time. Otherwise IMF may become irrelevant.

Book recommendation: The author of Currency Wars and Death Of Money, James Rickards, has been talking about the ongoing play for sometime now. Some quotes from his book “Currency Wars” are as per below.

“The U.S view that everyone -Europe, North America and Latin America -would gain exports and growth if China revalued the yuan and increased domestic consumption.”

“The stimulus spending would increase the deficit and waste valuable resources, but not do much else.”

“As of April 2011, the FED had a net worth of approximately $60 billion and assets approaching $3 trillion. If the FED’s assets declined in value by 2 percent, a fairly small event in the volatile markets, the 2 percent decline applied to $3 trillion in assets produces a $60 billion loss – enough to wipe out FED’s capital. The FED would then be insolvent. Could this happen? It has happened already, but the FED does not report it because it is not required to revalue its assets to market value.”

“From its creation in 1913, the most important FED mandate has been to maintain the purchasing power of the dollar; however, since 1913 the dollar has lost over 95 percent of its value.”

One thought on “China: What’s next?”