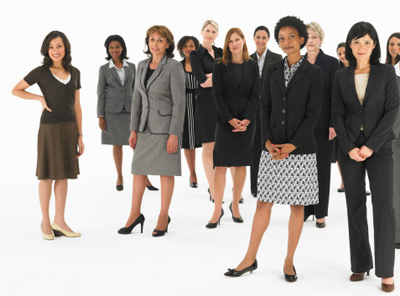 We absolutely need more women in the labour participation…

It is not only because of diversity benefits but also for economical growth of the nation and raising well-rounded children.

Diversity benefits of increasing women in the labour participation is well known and well discussed. I would like to focus more on the economical benefits and its positive effects on the children development.

Let’s begin with analyzing where women are given economic opportunities.

France and Britain are lagging behind many developed countries but they are showing good progress.

According to an article published in Financial Times this week, after years of lagging, Britain and France has almost caught up in terms of female participation in the labour force, with 54% of working age women in employment with 43% in 1990. 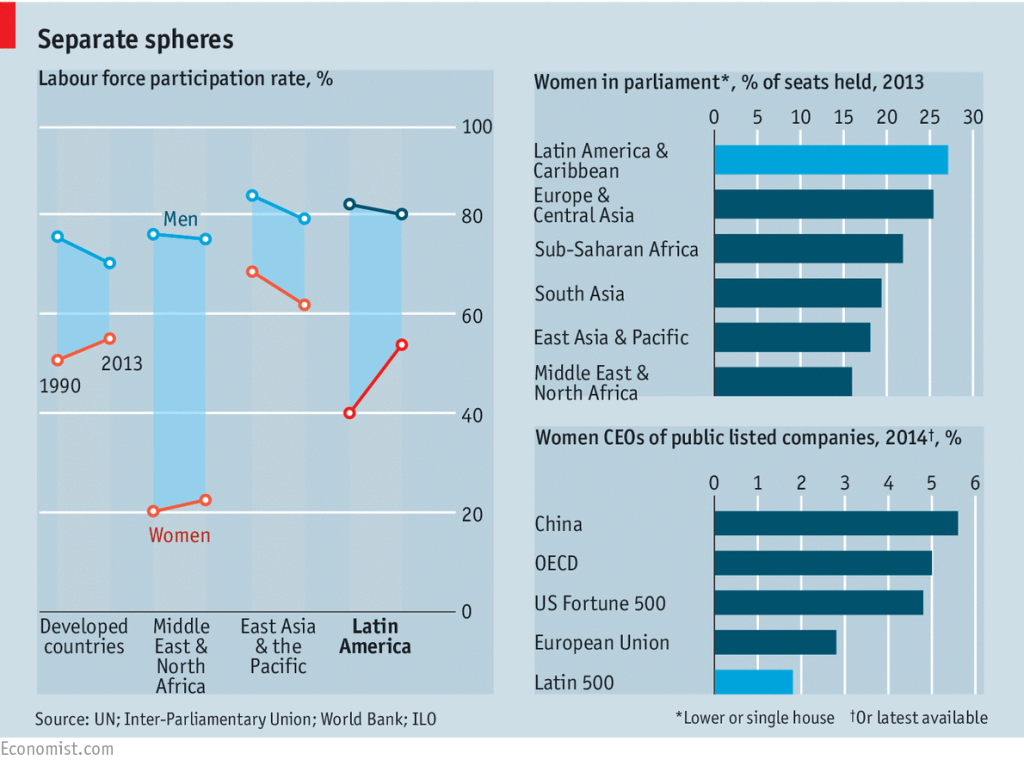 Coincidentally The Economist published a piece on “Society in Latin America” and there is a graph above published in the article which is showing the progress on the women labour force participation along with women CEOs of the public listed companies and women in the parliament.

There is definitely a progress on the women labour participation except East Asia & the Pacific. We see the huge jump in Latin America which is encouraging as these countries are developing countries and this jump is necessary for them to catch up with the developed world.

Even though there is a progress in Middle East, it is not enough at all…

Number of women in the workforce strongly influences women’s parliamentary representation as illustrated in the same graph.

As Rae Blumberg concluded in her paper ‘A General Theory of Gender Satisfaction‘ in 1984, economic power in the form visibility in the professional world is an important variable in women’s status and access to political power. There is no wonder why women in the Latin America & Europe held the most seats compared to rest of their peers.

In other words, being active in work force makes females more visible in the political arena as well.

Another study by Daniel Stockemer and Maeve Byrne in 2011 shows that Jordan has the lowest participation in the workforce (only 13.6% than that of men.) Same paper concludes every 10 points women narrow the gap in how much they contribute to a country’s GDP per capita, women’s representation increases by 2 percentage points. Given that on a world average, women only contribute approximately half than men to countries’ GDP per capita, increases in women’s labour force participation can have a strong positive impact on further development.

The Economist mentioned in its article that if the gap in the participation rate between men and women were closed, Latin America’s GDP per person would be 16% higher, estimate David Cuberes of Clark University in Massachusetts and Marc Teignier of the University of Barcelona.

Another interesting point is that; woman increased employment earnings provide her with greater bargaining power within her household which leads to greater savings and economic growth.

Moreover, there is an inverse correlation between women in the parliament and increase in corruption.

More importantly, a study data from rural China by Phil Brown (2006) concluded that the education of mothers – compared to that of fathers – has a higher effect on the investment on the education for their children.

I do not have much empirical evidence to prove this point but I believe this is the most important point and it is valid world wide rather than only in rural China.

Education of a child is being influenced by their mother rather than the father and the messages conveyed from the mother is the key for raising well-rounded children.

An article by Claire Cain Miller published last May in New York Times mentions that 69 studies over 50 years found that in general, children whose mothers worked when they were young had no major learning, behavior or social problems, and tended to be high achievers in school and have less depression and anxiety.

Conclusion is very clear; we need more mothers in the labour force to have successful, happy, mentally healthy and richer generations ahead.