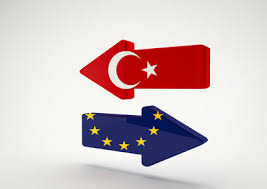 I was lucky to attend one of the most established schools in Istanbul, Nisantasi Isik Lisesi, from Kindergarten to High School.

The school was founded in 1885 in Thessaloniki by teacher Mustafa Kemal Ataturk; it then moved to Istanbul after some years, as the war made it impossible for the school to operate in Thessaloniki.

It is a secular and democratic school which has developed many successful businessmen, academicians, politicians and many other public figures in all walks of life.

As a consequence, I grew up in a secular and modern environment with European Turkish values. During my time at High School, this was not considered at all unusual. It was standard. We always felt that we were part of Europe.

When I graduated from High School in 2001, Istanbul had a population of less than ten million.

I would say Istanbul was just another European city in my childhood, with a mix of oriental and western history and some beautiful landmarks.

2005 was an important year for Turkish society, since Turkey’s accession talks were about to start. I remember attending many talks on this topic just before going to London for my postgraduate studies.

After completing my studies in London, I remember feeling that I was missing out on something important, as Turkey continued to grow at a tremendous rate and I was spending my time in London. Actually, many people shared my impulse and returned to Turkey between 2007 and 2011.

And then things started to change dramatically. The economy continued to perform relatively well, but the almost double digit growth was gone. In the meantime, the EU accession talks failed to get anywhere.

Out of 35 chapters, only one was closed. What did Turkey lack that Poland, Romania, Bulgaria and other countries did not?

France, Germany, Holland and Austria always looked upon Turkish accession to the EU with suspicion. Whilst they have some relevant points and valid concerns, I believe there was a degree of unnecessary prejudice against Turkey and even today, in 2016, this is a valid observation.

And now we are at this unpleasant juncture.

Even though, geographically, part of Turkey is in the European continent, Turkey is no longer looking towards the west. This is not the choice of Turkish politicians and the Turkish population, but it is a result of the relentless and baseless efforts of many EU countries.

This will undoubtedly have significant consequences for Turkey and the EU in the near future. In addition to this stretched relationship, it does not really help to have the EU parliament deciding on sensitive issues in Turkish internal politics, either.

Elif Safak, a famous Turkish novelist and the author of Bastards of Istanbul, published a new article in the Financial Times to appease my fellow British citizens, declaring that Turkey no longer wants to be more European, but actually less.

Today, the estimated population of Istanbul is around 17 million, and I keep asking:

Wouldn’t the EU be stronger and safer with a strong Turkey?

Wouldn’t it be a very good example for the rest of the Muslim world?

Wouldn’t Turkish accession prove that the EU is a multicultural and diverse society rather than a so-called Christian club?

There is no doubt that a lot of people will be affected by these decisions. Unfortunately, the most affected is the secular and modern Turk who has so far advocated European values and democracy. Some of these Turks have already left, and many of them are considering leaving the country.

It is painful to feel that you are being abandoned by the people and the institution that you have most trusted and supported throughout your life.

3 thoughts on “How EU lost Turkey?”