Chinese President, Mr. Xi Jinping, made a four day official visit to the UK last week. This was the first visit since 2005 and the UK was definitely well prepared to ensure that the Chinese President left the UK with a good impression and, more importantly, that he left with many infrastructure and trade projects signed. 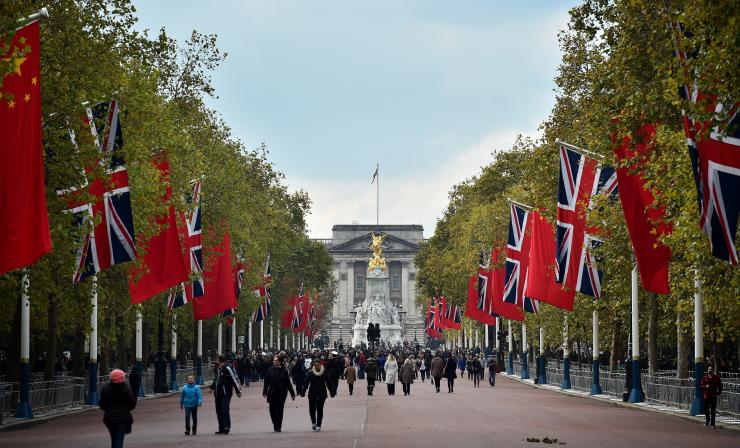 As we all well know, China is becoming more powerful and China has a lot of ambitions. One of the most important is its ambition to revitalize the Silk Road under the One Belt, One Road project.

The Silk Road is an ancient route facilitating trade and cultural exchange from east to west. The Great Wall of China was built to protect this route—in a way, to protect the continuation of trade between the east and the west. The development of this route enabled China, Persia, India and many countries in the past to benefit from cultural and economic development.

The length of the route is 6,000 km. The name Silk Road comes from the famous Chinese silk, which was a major attraction in building this route. Nowadays, thanks to the development of technology and fast transportation options, this route can be utilized more efficiently.

Following the global financial crisis in 2008, we are still not out of the woods. More importantly, we are losing our patience and our hopes for the future. When under 25 unemployment hits 50% in some developed countries, that is not only telling us about a single problem. It is signalling a much bigger problem: a lost generation.

The New Silk Road is being worked on in such an environment, and it excites everyone as it did in the past. And obviously everybody wants to get their share.

In the EU, the UK is lagging behind Germany with its trade volume with China. Obviously, Germany sells its cars and manufactured goods whereas the UK is not very competitive, actually not producing many exportation goods at all.

However, the UK is the leading country in the service sector in the EU. That’s where the internationalization of RMB could play an important role, as London can be the main clearing centre for renminbi.

In addition, the UK is where ideas of the future are turning into reality. It is the country where you can freely discuss with intellectuals and implement your ideas. Most importantly, the UK has a global talent pool which may only be compared with the USA.

Of course, it is not only Germany and the UK that are competing for a share in this big cake. Japanese president, Mr. Abe, has been travelling in Central Asia this week to secure better relationships with Central Asian countries. Given that Central Asia is the main connecting point, it is the main artery for the New Silk Road, pumping blood into its heart.

In my opinion, this visit is too late for Japan. Chinese companies, with the support of the Chinese Exim Bank, have been working on this region for many years now.

The power shift has already begun. The UK decided to sign for the foundation of the Asian Infrastructure Investment Bank, where many hesitant countries followed the UK. This should be a warning bell for the US.

I think we have to give credit to Cameron’s chancellor, George Osborne, for this courageous move.

The UK media criticized David Cameron for not discussing in detail China’s human rights track record and its steel pricing policy. On top of that, it was unfortunate timing that the UK steel industry announced job cuts during the visit of the Chinese president to the UK.

I believe David Cameron is following the right strategy with China.

How would it be possible to cooperate with someone on social issues without establishing the right relationship?

History might be bloody between the UK and China, but the future definitely looks bright.